After some initial confusion and a two-day delay, DraftKings moved ahead to ensure that contestants in its NFL survivor pools who picked either the Detroit Lions or the Pittsburgh Steelers to win last Sunday were either eliminated or allowed to move on, depending on the applicable contest rules.

Survivor pool contestants must pick one team to win every week of the NFL season and are only allowed to pick that team once during the season. Contestants advance if the team they picked wins their game, but contestants who picked the losing team are eliminated. The last remaining contestants divide the prize pool between themselves.

The Lions (0-8-1), now winless through the first nine games of the season, were likely to have drawn a sizeable number of bettors into picking the Steelers (5-3-1) at home. But Detroit and Pittsburgh ultimately played a sloppy game that ended in a 16-16 tie.

Immediately after the game, contestants posted to social media to ask whether they were still in the contest. Initial tweets by DraftKings’ customer support team (@DK_Assist) seemed to indicate that any contestant who picked either the Lions or the Steelers to win is still alive in their contest.

Many people would later take to Twitter to dispute the customer support team’s assertion.

This is false as per terms and conditions ties and losses both count as eliminations. Please fix!

Stephen Miraglia, communications director for DraftKings, told US Gaming Review that the survivor pools “are being graded in accordance with the applicable terms and conditions.”

According to Miraglia, “for the free-to-play and $20 entry fee survivor pools offered on DraftKings, ties are graded as a win.” But he added that in the Pro Football Millionaire 2021 Survivor Pool, which has a $333 entry fee, “the terms and conditions state that ties are graded as a loss.”

The official Millionaire Survivor rules stipulate that “in the event the team a contestant selects for the given week loses or ties, that contestant is eliminated from the contest.”

On Tuesday afternoon, DraftKings began eliminating Millionaire Survivor contestants who had picked either the Lions or the Steelers, according to a report by SportsHandle. The operator had also reportedly offered $5,000 in gambling credits and sent a letter to contestants who were eliminated.

“Although this may not be the outcome for which you were hoping, we are providing you with a credit in your DK account as a gesture of goodwill,” the letter said, according to the report, which added that the credits were in DK Dollars. The report also said that there were 141 contestants remaining in Millionaire Survivor.

It appears that a large chunk of the pool was eliminated from Millionaire Survivor due to the tie. Before DraftKings ultimately decided to follow its rules and eliminate the players, some had expressed disappointment that others were still alive in the contest.

Lame. Was hoping for 19% of the pool to be eliminated

A (mostly) unlucky run at DraftKings

DraftKings has had a string of bad luck as of late – with one notable exception: they were one of nine operators recommended by the New York State Gaming Commission (NYSGC) for a mobile sports wagering license in the state on November 8.

But the operator abandoned its $22.5 billion proposal to acquire Entain on October 26, after the UK gaming conglomerate telegraphed that the offer needed to be sweetened.

Although DraftKings successfully launched sportsbooks in Arizona, Connecticut and Wyoming during Q3 2021, it also reported higher costs for several items on its balance sheet and was stung by a large number of NFL games that didn’t break in their favor.

And despite efforts to avoid problems the second time around, the operator’s Sports Betting National Championship (SBNC) ended in disaster this month when technical issues prevented players from making wagers on the first day of the contest. DraftKings ultimately decided to make affected players whole by refunding their buy-ins, but they also cut the entry period short when the technical problems first arose.

There were expectations that the SBNC would run smoother this year after lessons learned from the first running of the event in 2019. The first SBNC ended in drama and triggered several lawsuits after a number of players weren’t given their winnings in time to make a later bet, upending the contest. 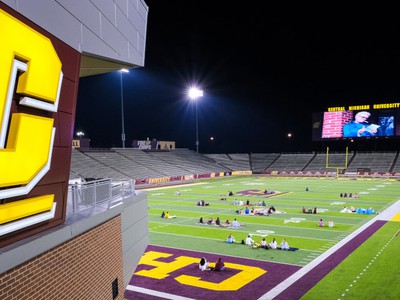